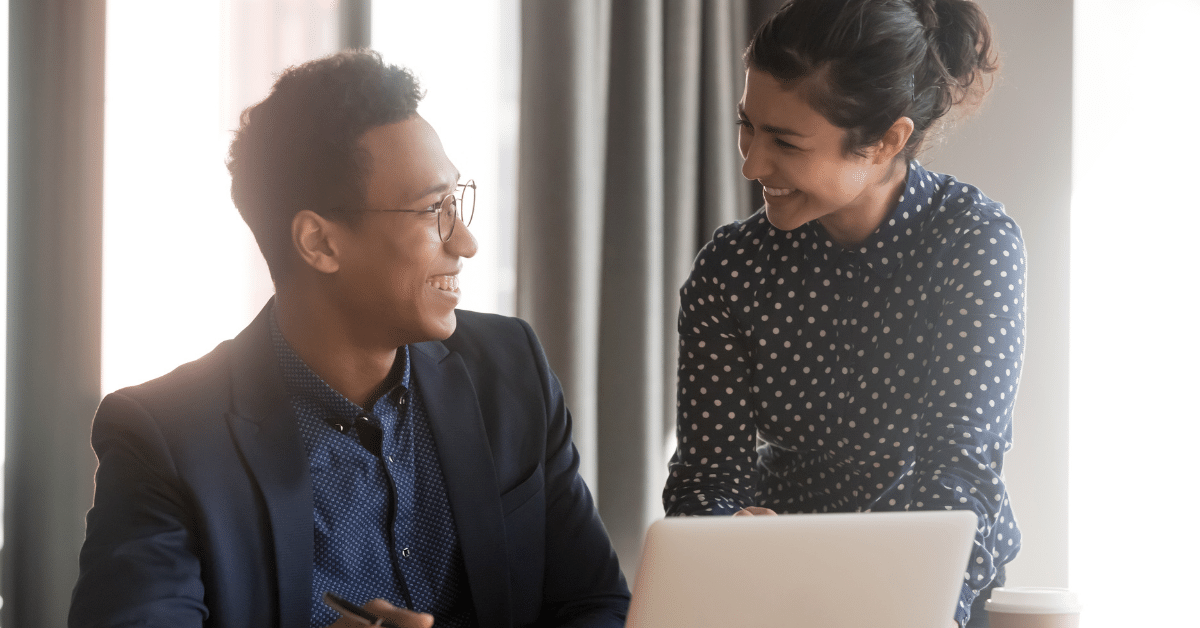 Topics centered around diversity, equity, and inclusion (DE&I) in the workplace have skyrocketed lately: and for good reason.

Besides the nationwide, humanistic push towards more just and inclusive communities, institutions, and organizations, there are real, demonstrable business reasons for having a more diverse workforce and leadership team.

For as much as an organization can tout its commitment and steadfast resolve towards D&I initiatives, there is one confounding variable that can subtly but persistently obfuscate these efforts if left unaddressed: unconscious bias.

Unconscious bias, after first being introduced as a concept to the public in 2006, is unlikely to be unfamiliar to anyone in the working world by now, but, for clarity’s sake, a clear definition is in order before we proceed.

The traditional belief that we are guided entirely by explicit beliefs and our conscious intentions has been overturned, quite convincingly. The amount of influence that our subconscious mind contributes to our attitudes, thoughts, and ultimately decisions is much larger than we may care to admit.

For example, when considering between two otherwise equal candidates for a position, you may recognize one earned a degree from a university of high regard. Unbeknownst to your conscious mind, your subconscious mind has instantly provided you with numerous positive (yet biased) associations that may cause you to automatically view that candidate in a more positive light. Thus, they’re more likely to receive an offer sheet, even though all other qualifications may be equal. Notice how even a positive bias can lead to unfair evaluation.

This unconscious bias can extend to age, gender, race, and many other traits, immutable or acquired, and can actively work against your efforts to create a more diverse workplace regardless of how loudly you’ve championed your efforts.

But luckily, there are clear, practical ways you can mitigate the inherent unconscious bias operating within us all and make your hiring process as fair as possible.

Let’s take a look at a few of them.

In a study involving 121 experienced HR professionals who had an average of eight years of HR-related experience, researchers found that when candidates were categorized on a given dimension (gender, ethnicity, nationality, university, etc.) rather than randomly interspersed, people consistently chose more diverse candidates.

For example, the researchers asked participants to download a folder containing 16 resumes from candidates who graduated from one of four top universities. In the control group, the order of the resumes was random and did not vary by university. In the other group, the resumes from each school were sorted alphabetically.

Grouping candidates together in the hiring process can increase the diversity of selected candidates without reducing the quality of candidate selected or the hiring manager’s ability to choose freely.

Grouping the resumes you receive on specific dimensions won’t help much if there’s another variable at work affecting who submits a resume.

Research has found that women are far less likely to apply for certain jobs if the descriptions are heavy in “masculine-coded” language such as “active,” “confident,” and “driven.”

Simple processes like auditing your job descriptions to ensure they don’t contain biased language can drastically improve the diversity of applicants.

Increasing the number of interviewers has also been shown to dramatically decrease potential biases in the hiring process, especially if the interview panel is diverse across age, gender, and racial dimensions.

Google has even gone as far as involving managers from unrelated fields to provide a “disinterested” party.

Multiple interviewers from different backgrounds can create a “checks and balances” effect where the influence of potential unconscious biases are being diluted across multiple parties. A diverse interview panel can also help eliminate the “thin slice error” where an interviewer can bond strongly with a candidate over one or a few qualities while overlooking more important characteristics that better predict the candidate’s overall fit and suitability.

Unconscious bias is a ubiquitous quality of humankind, and there’s nothing damning about realizing where it exists and how it operates within us. But, if left unchecked in your hiring processes, it can pose a real threat to your DE&I initiatives. Addressing its existence and mitigating its effect with intentional effort is a necessary and effective step to take as we collectively strive towards creating truly inclusive and diverse workplaces.